As promised, a mountain of new Apple Jack 2 screens await your eyes below. I've added a bit of text beneath each one to explain them, since if you haven't played the first game they might be a bit confusing: 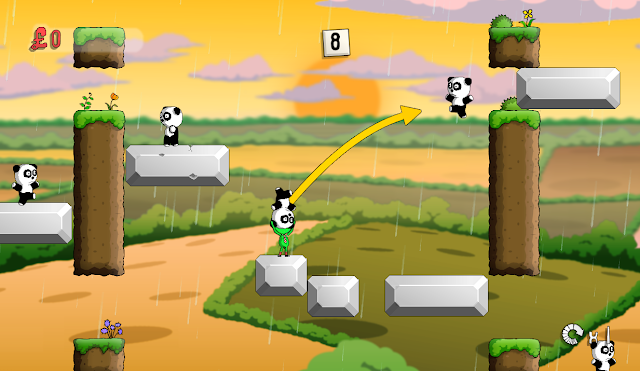 This level is called 'The Panda Factory'. Apple Jack stumbles across a perpetual motion machine where pandas fall on to and then are nudged off of a series of moving platforms. He must DESTROY THEM ALL to progress. 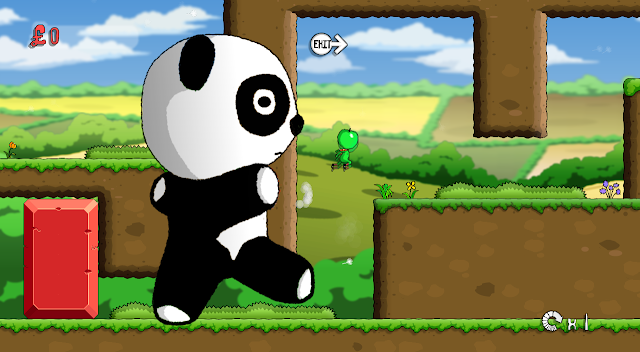 RUN! AJ has to run like heck away from this massive panda. 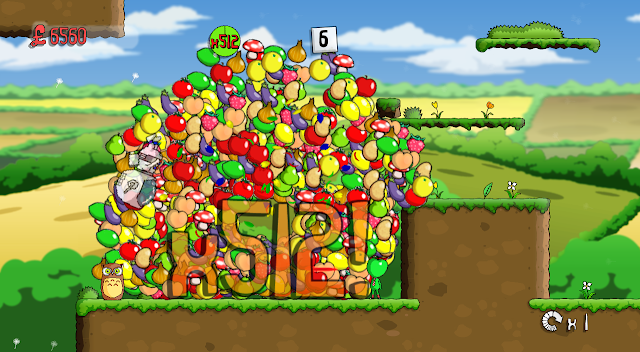 The game includes a combo system - destroy enemies in quick succesion to multiply the amount of fruit they drop. Things can quickly get out of hand, as you can see. 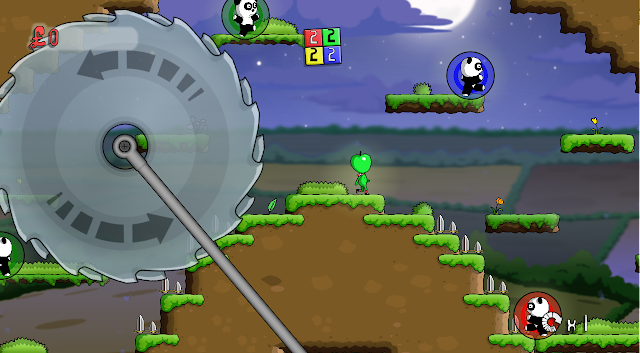 The Pain Turbine - The huge saw blade relentlessly forces our hero to circle this small level, picking off enemies as he goes. 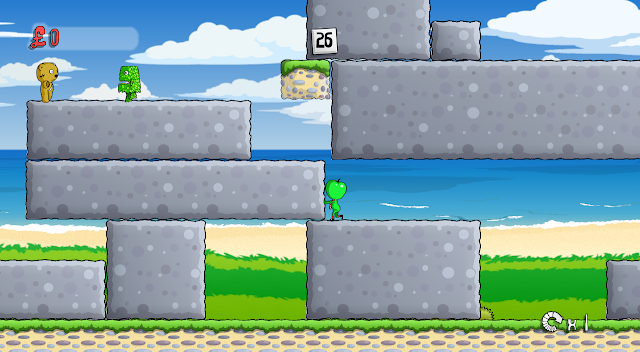 Bit of a boring screen, this one, but it shows that you can push large blocks around, even if enemies are walking around on them. 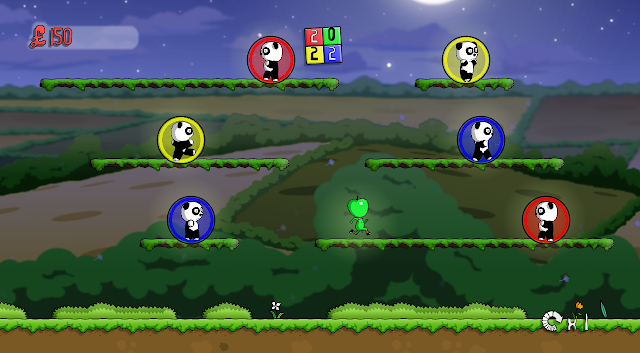 Coloured enemies can only be destroyed by picking up and throwing like-colours at each other. Otherwise they bounce off harmlessly. 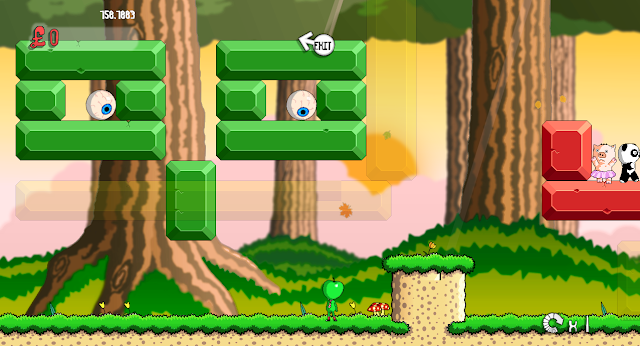 These eyeballs are trapped at the moment and can only watch as AJ passes beneath. Later in the level they will be released and will seek a terrible vengence. 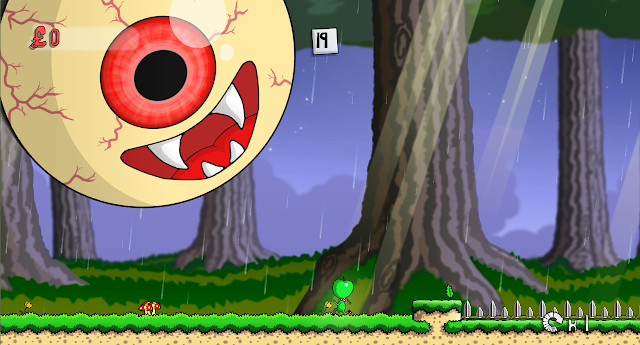 Unlike the first game, this one has boss fights. 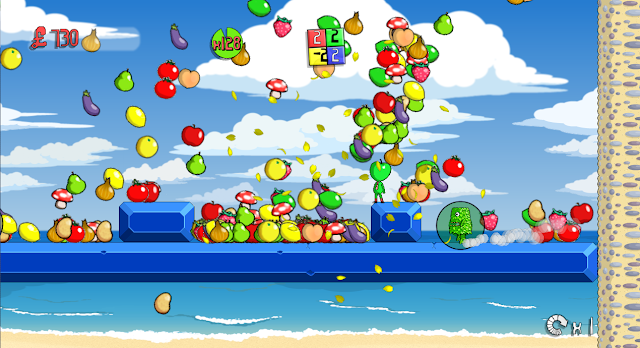 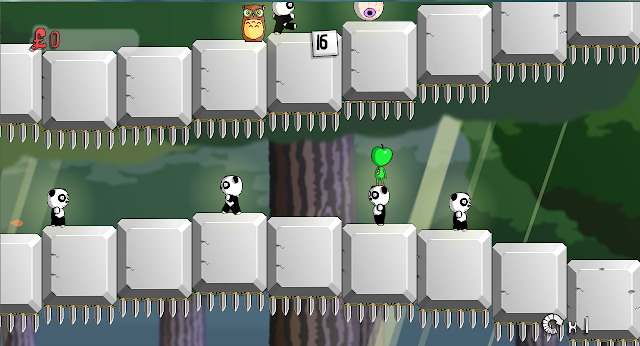 This level wobbles around, threatening to crush the player. 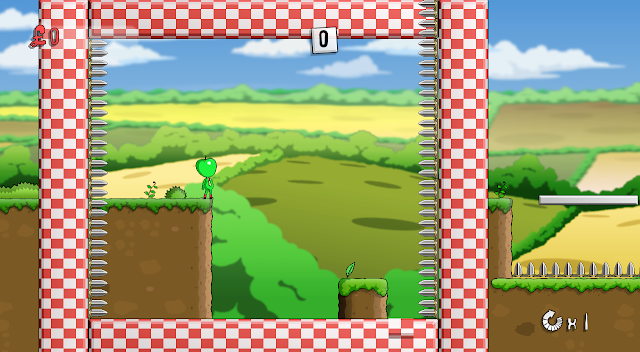 Fatal Frame - AJ is forced through this level inside a moving chequered frame of death.

Since last I wrote, I've done a lot of boring but nesessary stuff to the game, such as menus, particle effects, a new HUD and other bits and bobs. Expect it early next year. I'll post some more screenshots before long too.

Also, I've followed the advice of Neil the intro guy and the chap in the comments below, among others, and properly started a My Owl Twitter account. If you're into that sort of thing you can find it at: